Our experts’ contact information is included in their biographies below.

For more information on joining RightsStart as an expert, please contact us. 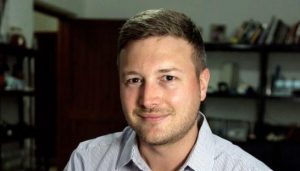 A co-founder and co-director of RightsStart, Rupert Abbott specialises in the design, establishment and development of human rights initiatives and organisations; and in undertaking complex human rights research and investigations.

His geographical expertise includes Southeast Asia and the Pacific. A lawyer, his thematic interests include civil and political rights, rule of law and conflict, and sexual orientation and gender identity.

Before co-founding RightsStart, Rupert was Deputy Director of Amnesty International’s Asia-Pacific Programme and the organisation’s Research Director for Southeast Asia and the Pacific. He previously served with the United Nations as the Acting Head of the Khmer Rouge Tribunal’s legal defence section, and was the Director of Programmes and Organisational Development at the Cambodian Center for Human Rights.

Rupert is a Trustee of the LGBT Switchboard Brighton and a member of the Law Society’s International Action Team. He trained and qualified as a lawyer at the global firm Baker & McKenzie, working in the UK and Hong Kong, and was awarded a high commendation by the Law Society for his pro bono human rights work. He studied law at the University of Sussex and holds a BA and MA in modern history from the University of Oxford, where he was president of the university’s law society. 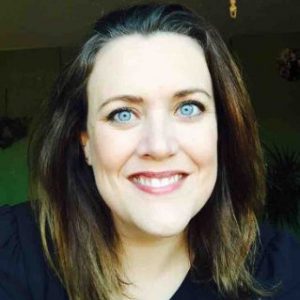 A co-founder and co-director of RightsStart, Jenna Holliday is an adept gender practitioner with a keen ability to develop and implement strategic gender specific and gender responsive programming. With skills in the design and delivery of training programmes; advocacy and communication models; and report writing, she provides a comprehensive service that translates cutting edge discourse into effective projects that create real change.

Jenna trained as a barrister and practised as a solicitor in the UK. She holds a Masters of Research in Security, Conflict and Justice from the University of Bristol and is a Visiting Fellow at the Centre for the Study of Globalisation and Regionalisation at the University of Warwick.

Jenna has worked at length with UN Women and the International Labour Organization, developing evidence-based policy for the protection and promotion of women migrant workers’ rights. She has been actively involved in the Global Migration Group and the Global Forum for Migration and Development. Much of her work focuses on feminised labour migration in and from South East Asia. Her current research focuses on how the 2030 Agenda for Sustainable Development can be used to promote and protect the rights of migrant women, whilst recognising and measuring their contribution to inclusive development. 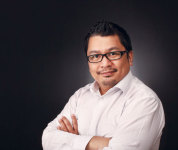 A co-founder of RightsStart, Ou Virak is one of Cambodia’s most prominent human rights activists and political analysts, with proven expertise in strengthening grassroots movements, conducting political economy analyses and spearheading organisational development. In 2007, he was awarded the Reebok Human Rights Award for his work campaigning for freedom of expression in Cambodia.

Virak is the Founder and President of Future Forum, a public policy think-tank based in Phnom Penh, Cambodia, where he drives in-depth and balanced policy analysis on today’s most salient issues. Prior to founding Future Forum in late 2015, Virak led the Cambodian Center for Human Rights, one of Cambodia’s best known human rights organisations. While leading CCHR, he not only turned the organization around and rebuilt it from the ground up after significant losses in both staff and funding, but he also led successful campaigns to free human rights activists, organized marches and tackled some of the most controversial issues in Cambodia: rule of law, freedom of expression, racism, LGBT rights, forced evictions and more.

Virak is a survivor of the Khmer Rouge regime and a former child refugee; he settled in California in the late 1980s as a “new immigrant” after spending several years in a refugee camp in Thailand, and returned to Cambodia in 2004. He holds a Master of Arts in Economics from California State University, San Jose. He has spoken at dozens of conferences around the world and is regularly quoted in local and international media on the human rights and political situation in Cambodia.