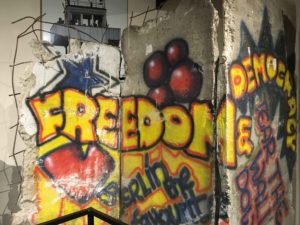 With liberalism facing its greatest test since the end of the Cold War, RightsStart co-founders write on the need for international human rights organisations to adapt to survive.

With wars raging across the world, from Syria to Nigeria, the corresponding refugee crisis, shrinking space for civil society, and the rise of right-wing populism, 2016 was annus horribilis for human rights.

Behind this deteriorating situation are a number of trends, which suggest not only that worse may be yet to come but also amount to an existential crisis for the international human rights movement.

Human rights international non-governmental organisations (INGOs) recognise that new challenges call for new responses. We join others in identifying strategies that will be crucial to defending rights in a changing world.

The end of history

The fall of the Berlin wall in 1989 signaled the end of the Cold War and ushered in an era of optimism for liberal democracy, with respect for human rights – particularly civil and political rights – as one of its cornerstones.

That year, Francis Fukuyama asked in his seminal essay whether the world was at the “End of History?”

With the defeat of fascism in the middle of the 20th century, and the collapse of communism towards its end, Fukuyama described the “unabashed victory of economic and political liberalism … the end point of mankind’s ideological evolution and the universalization of Western liberal democracy …”

The years that followed were a heyday for liberal internationalism, with the foreign policies of liberal democracies – led by the US – guided by the aim of enlarging the “community of market democracies”, and, with this, their dominance.

By the end of the 1990s, for the first time in history, authoritarian and semi-authoritarian countries were outnumbered by democracies. Vibrant civil societies were flourishing in former dictatorships.

Humanitarian interventions helped to prevent atrocities, though there were also tragic failures. The period saw the expansion of international justice, culminating in the establishment of the International Criminal Court (which the US never joined).

Human rights INGOs such as Amnesty International and Human Rights Watch grew in size and influence, exposing ongoing human rights violations and campaigning to end them.

Seeking the release of prisoners of conscience, an end to torture, and respect for fundamental freedoms, those organisations shocked their mostly Western supporters into action, with hard-hitting campaigns covered by the liberal media.

They lobbied the US, EU and other liberal democracies to put pressure on repressive regimes and advocated at the UN and other intergovernmental organisations, pushing for the expansion of the international human rights framework.

They deserve enormous credit for their successes – their work changed lives and, crucially, helped to support a new generation of human rights defenders across the globe.

Even as recently as the start of this decade, with protests in the Middle East and North Africa mirroring, it was hoped, the anti-communist protests of the 1980s, the victory of liberal democracy still seemed possible, if no longer quite inevitable.

But hopes around the Arab Spring were short lived, with most of those countries descending into deeper repression or civil war. History, it seems, is not over.

Indeed, since the beginning of the 21st century, Western liberal democracies have responded to Islamic extremism and terrorism with human rights violations at home and wars abroad.

They have reneged on their human rights commitments and bypassed the international system designed to uphold them. In the process, they have undermined the legitimacy and appeal of liberal democracy.

Meanwhile, political transitions in Russia, China and elsewhere have not gone according to liberal hopes.

In those countries, and many others, the situation for civil society is worse than it has been for years, with new restrictive laws and the jailing of – and attacks against – human rights defenders. Authoritarian governments lend support to other repressive regimes – as do many of the liberal democracies.

At the international level, Russia and China have undermined the system designed to prevent war and mass atrocities, neutering the Security Council on Syria. And many liberal democracies have turned their back on the millions of refugees fleeing war and tyranny.

Globalisation and economic liberalisation have seen inequality soar in the West, while the automation of many industries is only adding to the woes of middle and lower income families.

The 2008 global financial crisis made matters worse – banks were bailed out by taxpayers’ money while public services were cut for reasons of austerity.

Having paid too little attention to socio-economic exclusion, liberalism now faces its greatest test since the end of the Cold War: right-wing populist movements are challenging liberal establishments, rejecting open markets and immigration, exploiting fear and blaming the Other, and are apparently willing to turn a blind eye to human rights violations elsewhere.

Human rights INGOs have tried to respond to these challenges. They have turned the spotlight on the West in the context of the “War on Terror”, and have campaigned – sometimes vaguely – for economic, social and cultural rights.

They have sought to engage with emerging powers and are globalising their operations, diversifying staff and opening new offices in the Global South to better respond to human rights abuses on the ground and to broaden their supporter base and legitimacy.

But as the global human rights situation deteriorates, human rights INGOs may face unprecedented pressure on their resources. Their traditional supporter base – the Western middle class – are poorer and may give less, UN agencies are competing for some of the same support, and institutional donors are prioritising humanitarian crises.

With right-wing populism on the rise, the very idea of human rights may be considered part of the old order, while the new right-wing regimes replacing old liberal allies will be less likely to promote human rights and support the international system.

In the face of all of these challenges, human rights INGOs are recognising the need to reflect, adapt and innovate, for their own and everybody’s sake. In solidarity, we are proposing five interconnected strategies that they need to consider if they are to succeed.

There is an urgent need to communicate more effectively why human rights are important for everyone, and to do so outside of the “echo chamber”, engaging with and building support among new audiences, including younger people. This should include addressing the issues of the day – which right-wing populists are exploiting – with human rights as the solution. For those with the expertise, this will mean much deeper emphasis on economic, social and cultural rights to meet the challenges of the 21st century, including in the Global North.

Recognising that no organisation can be everything to everyone, each human rights INGO should focus on what they do best, in terms of issues and approaches. Specialisation and collaboration in place of duplication should lead to a more efficient, joined-up and synergised movement, which has more impact while also saving costs.

International campaigning and the defence of the international human rights framework will remain important. However, moving away from the current approaches to globalising operations, human rights INGOs should put far more effort into supporting and sharing resources with local human rights movements, where there is demand.

This might include fundraising for such movements, capacity building on business models, research and campaigning, and using international advocacy more often as a platform for local voices. It would see human rights INGOs consulting properly on their role with local movements and responding to local needs.

This approach – rather than INGOs trying to localise and compete with local movements for resources, staff, supporters, media coverage and power – would help foster stronger, more sustainable human rights movements. And it would see INGOs more genuinely rooted and accountable in the Global South.

Human rights INGOs should better harness their strong networks at the international, regional and national levels, with more resources directed towards connecting partners – including local movements – for sharing, synergies and testing and supporting innovation.

This emphasis on connecting would include more flexibility in supporting other organisations and their initiatives, and working in solidarity more often, with common causes across the movement.

Alongside these changes in approach, reflection on internal organisation and structures will be important. Over time, reliance on physical offices, layers of hierarchy and bureaucracy should give way to lighter, flatter and more open structures and working methods, with human rights experts empowered to make decisions and flexible working arrangements becoming the norm.

This would make human rights INGOs more responsive and efficient, and help attract the best and brightest people.

As a foundation for implementing these and other new strategies, human rights INGOs will need to inspire trust internally and externally. This will require strong governance, with accountability for leaders; the fair and equal treatment of staff; more equal pay structures, with tighter gaps between the top and bottom; more open and respectful organisational cultures, with no time for internal politicking; and, generally, principled and honest leadership. In short, human rights INGOs need to ensure that they practice what they preach.

As the world is changing in ways that many of us had not expected, the international human rights movement faces greater challenges than it has in decades.

As history restarts, human rights INGOs need to adapt. If they are unable to do so, they may not survive, and the world will be much the worse for it.

Rupert Abbott (@RupertBAbbott) is a lawyer and consultant on human rights and organisational development. He is a former deputy Asia-Pacific director at Amnesty International, served with the UN as the acting head of the Khmer Rouge Tribunal’s legal defence section, and was the programmes director at the Cambodian Center for Human Rights.

Jenna Holliday (@jennakholliday) is a lawyer and consultant on gender and migration. She is a visiting fellow at the Centre for the Study of Globalisation and Regionalisation at the University of Warwick, and consults with UN Women and the International Labour Organization.

Ou Virak (@ouvirak) is the founder and executive director of the Future Forum think tank and a consultant on political-economy and organisational development. He is the former president of the Cambodian Center for Human Rights and a recipient of the Reebok Human Rights Award.

Daniel Eyre (@DanRLEyre) is a human rights consultant and researcher. He was the Nigeria researcher at Amnesty International and served as the special assistant to the registrar at the Special Court for Sierra Leone.